The main function of the kidneys is to remove wastes and excess water from the body. The kidney also balances the chemicals in our body, releasing hormones, helps control blood pressure, helps produce red blood cells and also helps produces vitamin D to maintain strong bones.
What causes the kidneys to malfunctions?
There are diseases and conditions that can damage the kidneys like problems with arteries, taking medications or drugs, toxic chemicals, lack of water intake, diabetes, high-blood pressure and too much eating of salty and fatty foods.
Story of Dra. Cathy Beldia, about her fight against Chronic Kidney Disease
Here is another testimonial for Dra. Cathy Beldia, a dentist that has been diagnosed by her doctor of Chronic Kidney Disease stage 5. It is a condition where the kidneys losses its functions that leads to a buildup of fluid and waste products in the body. The symptoms of this are feeling of illness and fatigue, dry skin, headaches, weight loss, appetite loss, and Nausea. 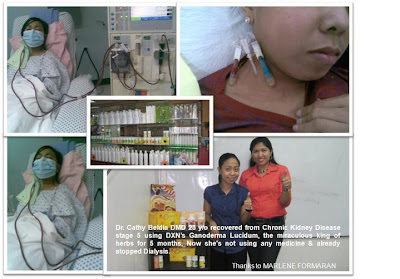 Dra. Beldia has gone thru a series of dialysis; two tubes were embedded in the upper right of the chest to allow blood to flow through the machine for filtering. This procedure was designed to eliminate the harmful wastes and keep the proper balance of chemicals in her body, it is done twice a week.
DXN Products were introduced to her by Marlene Formaran.

Dra. Beldia took 10-15 pairs of RG/GL capsules, 12 Spirulina tablets, 4-6 Cordyceps tablets, Roselle juice and Spica tea per day, together with her medication. After several days of taking the DXN Products, she noticed a big change in her body her creatinine level starts to normalize. Dra. Cathy Beldia is now in good condition and great shape. 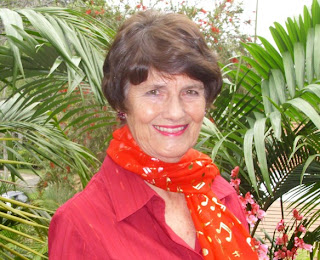 I have to say: "THANK GOD FOR GANODERMA”

Mavis Lincoln has a family history of cancer; both of her grandmothers had died of Bowel cancer – one was 52 and the other was 66. Her mother died of “Galloping cancer” at age of 53. Several uncles, aunts, and cousins had also succumbed to various types of cancer, one of her cousin has leukemia at age 34. Her younger brother died at died at age 55. Mavis was diagnose of Uterine cancer.
Uterine Cancer(Endometrial cancer) is the most common gynecologic cancer that occurs in the United States; and arises from abnormal cells that develop within the inside lining of the uterus. It occurs most often after menopause, but may also be diagnosed before menopause.
This cancer is usually found in women older than the age of 50.
Hormone therapy is one potential cause, as is obesity since estrogen is produced in the fatty tissue of the body.
Here is her story on how she survived form Uterine Cancer:

The day I was introduced to Ganoderma in June 2004, was the same day my doctor had sent me for an ultrasound to investigate lower abdominal pain.  Since he was then on holidays, it was 2 weeks before I received the results.  The doctors carefully explained that for uterine cancer they would remove the uterus and I would not live long, or enjoy quality of life in the meantime.  Conversely, if I did nothing, the result would be the same – not much of a choice!! Thankfully, he then acknowledged my right as a patient to choose my own path which he noted in records.  I signed a form releasing him from responsibility, and decided to increase my intake of Ganoderma.  Two subsequent scans at quarterly intervals showed very pleasing progress, as did the scan 14 months later.  This time the endometrium thickening was down from the original 6.3mm to 2.8mm (4mm is allowable for my post menopausal age).  Medically this is extremely rare.  Very importantly, the previously described tubular structure related to the endometrium was no longer apparent.  My doctor said, "I am very happy with this report”. 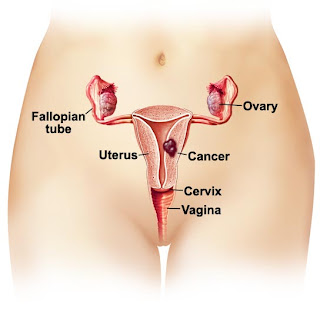 During this visit, though, the doctor reminded me that my last colonoscopy several years earlier, had shown pre-malignant polyps, and he ordered another colonoscopy. Very happily, this test was clear.  In 2008, my requested test report prompted my doctor to say, "I’m not sending you for further tests; there is just no need”.  Sometime later, my doctor moved interstate.    A few months ago, because of my family history and for my own ongoing peace of mind, I asked my new doctor for an updated test of the pelvic area.  The results were still excellent.  I feel very blessed, and I thank God that Reishi Mushroom was available at the very time I so desperately needed it.  I continue to take Reishi Mushroom for both future protection and for an amazing quality of life for my approaching 75 years.

Too much Iron in the Body is Harmful

A lot of us know that Iron is needed by our body to maintain good health, especially for making red blood cells that carry oxygen around the body; red bloods cells contain large amounts of iron. Lack of iron causes anemia, Do you what can you get if your body has excessive iron? A disease called Haemochromatosis. Too much iron in the body is toxic.

What are the causes of Haemochromatosis?

The body has the ability to dispose unwanted iron, to protect our tissues in damage and disease. Haemochromatosis is usually caused by an inherited abnormality known as Hereditary haemochomatosis. Excessive iron may be caused by increased absorption of iron from the intestine; even the body does not require it. This is called Primary Iron Overload?

How Warren Pobje fights Haemochromatosis with the Help Of Ganoderma Mushroom: 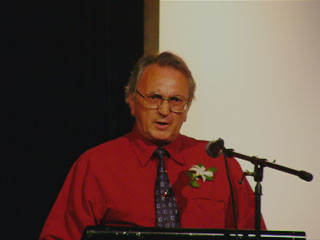 I have the Haemochromatosis gene which causes the body to absorb abnormal and excessive amounts of iron. As iron is toxic, Haemochromatosis can cause arthritis, diabetes and liver disorders, among other diseases. Because it is genetic there is no cure and the only treatment is to be bled at regular intervals. For the last four years I've suffered constant and increasing pain in my joints together with some liver problems. During that four years I've had fortnightly bleeds for three months in each 6. By the end of August 2003 it had become difficult and painful to walk or drive. At the time I had just finished 3 months of fortnightly bleeds and the blood test revealed an iron reading of 85 (the recommended maximum is 100).


In the first week of September I started taking Ganoderma capsules. By the 4th day the pain was worse than I had ever had but by the end of that week the pain had started to decrease markedly. By the end of November I only had slight pain in 3 knuckles with no pain in my joints. I had my 3 monthly blood test at the end of November and instead of an iron level of around 500, as it normally would be after 3 months, the level was only 108, which is a negligible increase. For the first time in 4 years I'm 99% free of pain, my liver readings are getting back to normal and the majority of the excess iron is being flushed from my body and I no longer require regular bleeds. Thanks to Ganoderma I can live a normal happy, healthy life.


Obesity and Complications No More! 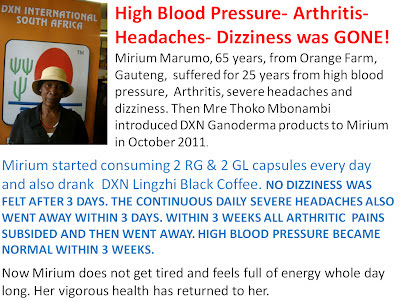 Recovered from Stroke in Just One (1) Week! 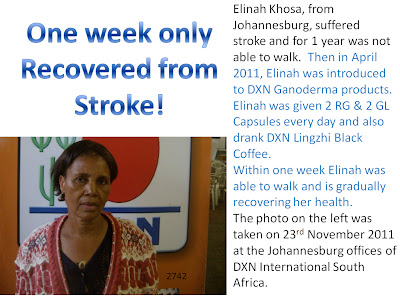